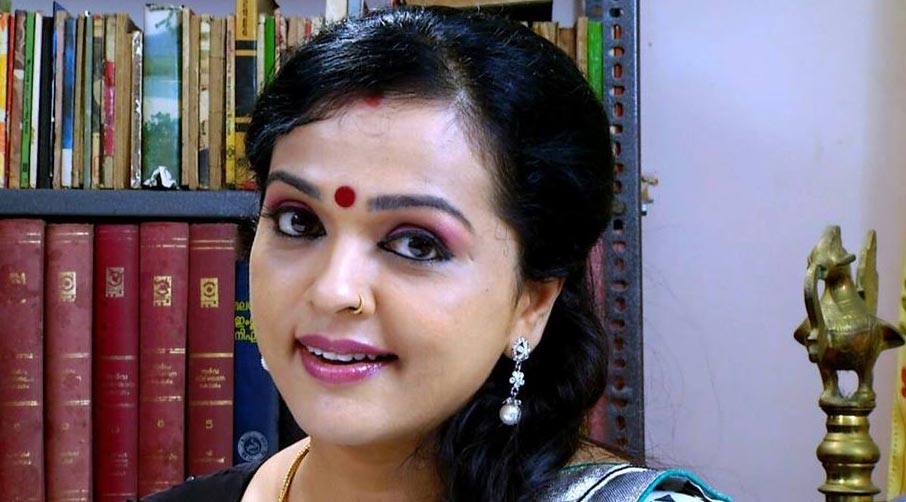 Vinduja Menon is a former Actress of Malayalam Cinema Industry and a full time serial actress now. She is the daughter of famous classic dancer Kalamandalam Vimala Menon. Vinduja Menon was born in Thiruvanathapuram Kerala. She is married to Rajesh Kumar and the couple has one daughter. She studied at N S S College for women in Karamana.
She is a former Kalathilakam from Inter school festivals in 1991. She has been most active in Malayalam film Industry during 1990’s.

Vinduja Menon acted in many Malayalam serials too. She is a full time serial actress now. Her famous TV serials are Sthreee (asianet), Jwalayayi (Dooradharsan), Eshttamayi(Asianet), Sneham(Asianet), Sasneham(Asianet), Rudhraveena, Devimahathmyam, Ramayanam etc. She has also been a judge on the reality show dance party on Kairali tv.