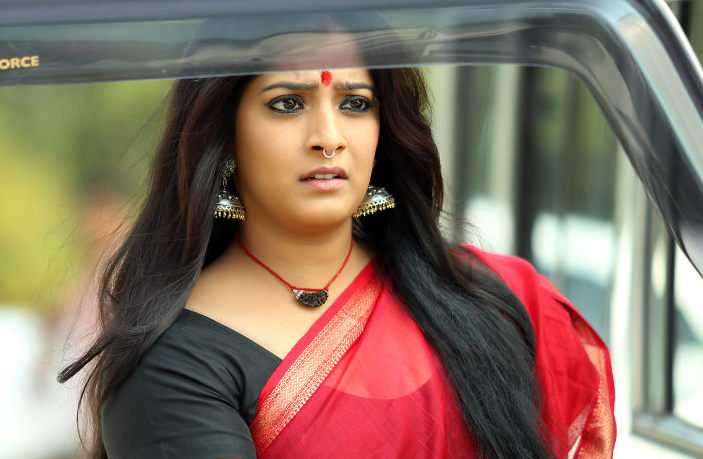 Kasaba is a thriller movie written and directed by debutant young director Nithin Renji Panicker, starring Mammootty in the lead role. Varalaxmi, Neha Saxena, and Jagadish are other actors in this movie. Kasaba is ready to release on this Eid.

Varalaxmi Sarathkumar is daughter of Chaya Sarathkumar and R. Sarathkumar. She has born on 5th March 1985. Raadhika Sarathkumar is her stepmother. She has a younger sister Pooja, a younger half-brother Rahul and a step-sister Rayanne Hardy. Varalaxmi is graduated from Hindustan Arts and Science college, Chennai in microbiology. Later she completed her Master’s in Business Management degree from the University of Edinburgh. She completed acting course from Anupam Kher’s acting school.

Tamil movie Podaa Podi is her first assignment in acting career. Podaa Podi started shooting in 2008 and released in year 2012. She portrayed a London-based dancer in that movie. She acted alongside Silambarasan in Podaa Podi, which got her lot of acclaim for her performance. Her second movie was Kannada movie Maanikya released in 2014. She acted in three more Tamil movies before signing Mammootty movie Kasaba.