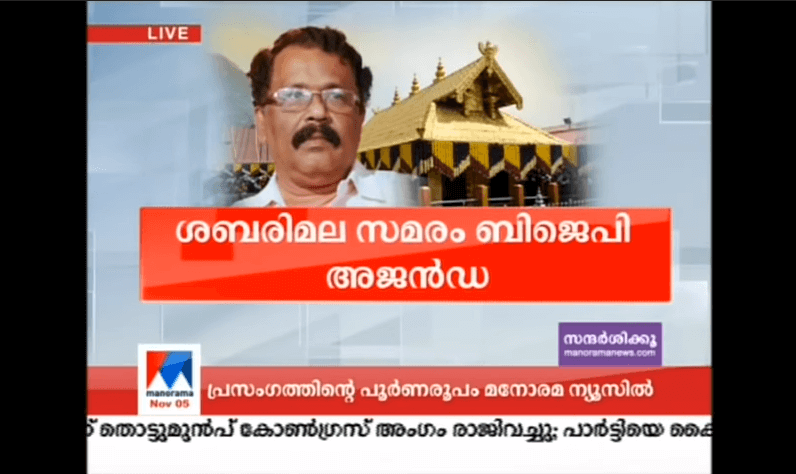 BJP Kerala stand on Sabarimala is completely exposed by the revelation of BJP Kerala Chief’s video clip being circulated through internet in which he claims that Sabarimala case is a golden opportunity for BJP.

In the video clip Sreedharan Pilla claiming that the the chief priest ( thathri ) of the Sabarimala Temple called him over phone and asked his oppinion of closing the doors of the sanctum sanctorum if women tried to enter the shrine.

BJP Cheif claims – “I said he is not alone. There would be thousands of people to be with him. We would be the first to be slapped with the charges of contempt of court if it comes. Based on my word, he took a firm stand. That decision had actually left the police and the administration baffled. We hope he’d repeat it again. Later, I became the first accused and he the second accused on charges of contempt of court… As we both figured in, his confidence increased”

Complete video of Sreedharan Pilla speech is available below.

Various political leaders in Kerala reacted to the tape. Chief Minister Pinarayi Vijayan tweeted “The odious politics and perfidious ways of BJP stand exposed. Evidence has surfaced that BJP leaders in the State connived to create trouble in Sabarimala. It must be noted that their State president himself was involved in the ruse. This is highly condemnable.”