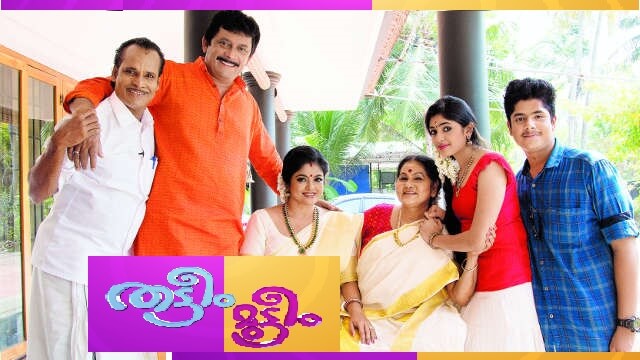 Thatteem Muttem is a comedy entertaintment program successfully airing in Mazhavil Manorama Channel. The program is directed by Gopalan Manoj. The story of the program Thatteem Mutteem revolves around the relationship between a mother-in-law and the daughter-in-Law in a family. K. P. A. C. Lalitha portrays the character of mother-in-law while Manju Pillai portrays the character of daughter-in-law.

Jayakumar plays a significant role as Manju’s husband. The two children characters are one of the main attraction of this serial.

Watch this weeks episode here. This is the latest episode of Thattem Muttem

Watch previous episodes by clicking next button in the list.