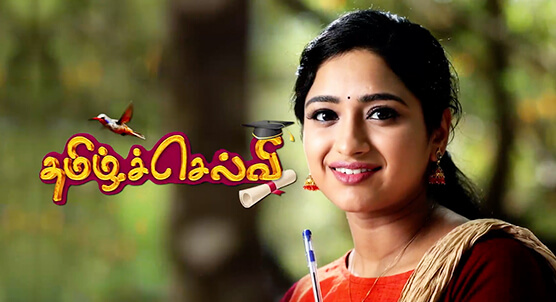 Tamil Selvi is a family drama and the story revolves around smart and loveable girl Tamil Selvi. She comes from a happy and extended rural family, who wanted to be an IAS officer. Tamil Selvi marries Amudhan, who is the brother of Ilakya. Ilakya was once a close friend of Tamil Selvi but later became foes. Story progresses with twists and turns.