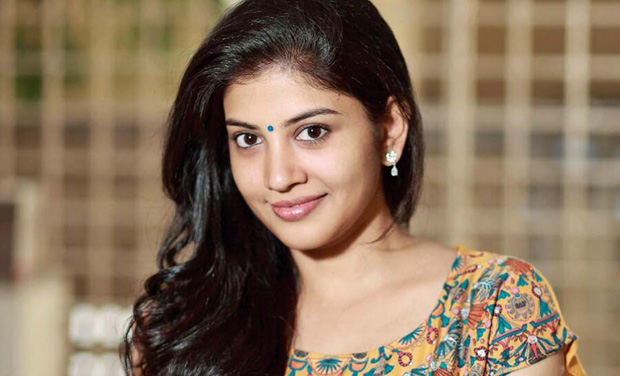 Sshivada Nair is a beautiful South Indian film actress,Her real name is Sreelekha Nair. She has mostly appeared in Tamil and Malayalam films. Sshivadha hails from Thiruchirappalli Tamilnadu. She is very famous to all malayalai audience.

She studied in Chennai after fifth standard her family moved to Kerala. She has been a VJ for a Malayalam television channel. She is married  to Malayalam actor Murali Krishna. Her marriage was in year 2015.

Her first film Living together is directed by Malayalam directer Fazil, that is a youth oriented movie . After that she has acted in a Tamil movie  Nedunchalai, that is her first Tamil movie. In this movie she played the female lead role.

In 2015 she made a comeback to Malayalam film through Jayasurya starer Su Su Sudhi Vathmeekam, that is box office hit movie. The movie was directed by Ranjith Shankar. Her upcoming release is thriller movie Zero. She is also signed for movies named ‘IDI – Inspector Dawood Ibrahim’ and ‘Dharma Durai’