You are here
Home > Film News > Shooting of Priyadarshan’s Aamayum Muyalum is over and targeting Christmas release. 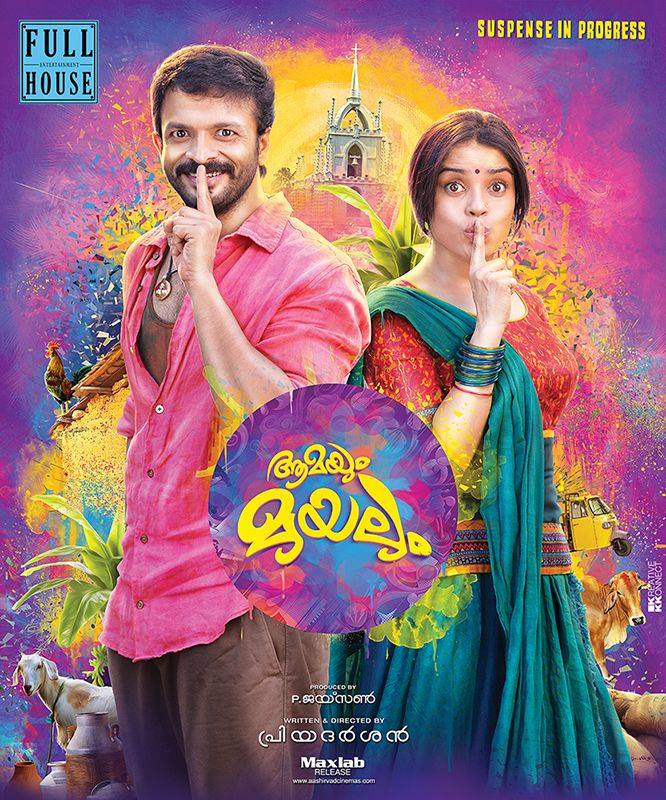 Aamayum Muyalum is a forthcoming malayalam movie scripted and directed by Priyadarshan. The story and screenplay is handled by the director himself. The movie will be produced by Jaisan Pulikottil. Jayasurya acting in lead role and Piaa Bajpai is the heroine. Innocent, Nedumudi Venu, Harisree Ashokan, Bhavna Pani are part of this project. M G Sreekumar composed music of this film.

Shooting of this movie is over and now post production work is going on, team is targeting Christmas release. Shooting is started on 30th August 2014.

Aamayum Muyalum will be a comedy thriller. Anoop menon is making a guest appearance in this. Vettom fame Bhavana Pani’s item number is another interesting element in this movie. Wikipedia says story of ‘Aamayum Muyalum revolves around a village of thieves and a government officer who visits the village. Jayasurya plays the young thief of the village while Anoop Menon plays the role of government officer.

Priyadarshan started thinking about this movie earlier this year and in July 2014 he decided to select Jayasurya for the lead role of this movie. Padmasree Bharath Mohanlal will do the narration of this movie. Mohanlal is very close friend of Priyadarshan, and their combo were leading malayalam movie industry in 80’s and 90’s with their evertime comedy movies like Chithram, Thenmavin Kombathu, Thalavattom, Vandanam etc.

Priyadarshan started his journey as film director in 1984. Recently from 2001 to 2010 he was mainly active in bollywood with lot of superhit comedy films in his name. Entering Bollywood he has mostly adopted stories from popular comedy films from malayalam. In 2013, Priyadarshan announced Rangrezz would be his last Hindi film. For a while he is shifting focus to Malayalam.

In 2007, his tamil movie kanchivaram won National Award for best feature film. Government of India honoured him by giving him Padmasree in 2012 for his contributions.