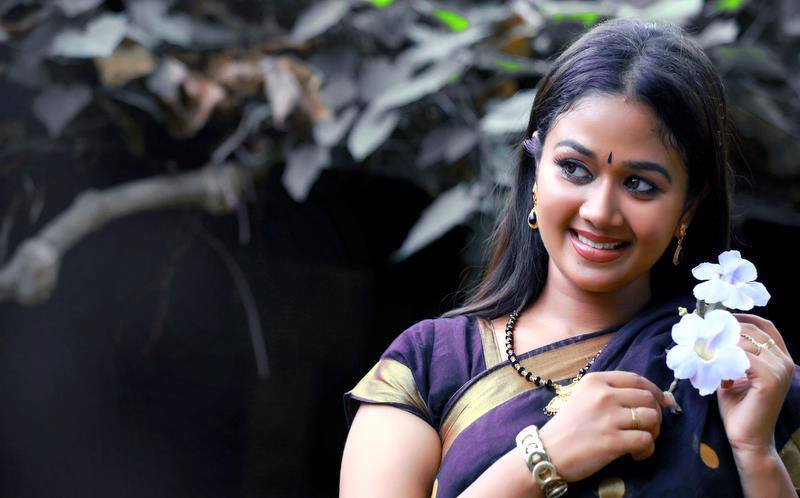 Sharany Sasi is a popular serial actress mostly acted in Malayalam serials. She also acted in Tamil and Telugu serials. She acted in few Malayalam and Tamil movies. Sharanya Sasi also calls Saranya Sasi is cute actress and became famous through her roles in TV serials Mathrakodi and Rehasyam.

Sharanya Sasi describe herself as “An ordinary girl with extra ordinary ambitions”. She started her career in Sooryodayam serial in Dooradarshan at 2006 directed by Balachandra Menon , followed by Serials like Manthrakodi , Rehasyam , Avakashikal etc. She was heroine in Tamil Movie ‘Pachai Engira Kaathu’. She acted in Telugu serial Swathi. Her malayalam movies are Chotta Mumbai , Thalappavu , Bombay March 12 , Chacko Randaman etc.

Sharanya is familiar to Tamil Tv audience through her role in “daivam thandha veedu” which is Tamil version of now running Asianet serial Chandanamazha.

Sharanya Sasi is from the district of Kannur Kerala and BA in literature holder. She is enrolled into MBA program. She has a brother and a sister. Sharany Sasi married to Binu Xavier on 26th October 2014. Binu is a senior production associate of UTV Kochi.

Sharany Sasi is very popular in malayali audience through her character Kanya in serial Karuthamuthu. Recently she quits serial Karuthamuthu stating “Due to the unprofessional attitude of certain people associated with the serial ‎Karuthamutthu‬, I am disassociating myself from the serial. Thank you all for your love and support, hope it continues in future too”.