You are here
Home > News > Saritha S Nair’s 30 page letter is out, Major politicians names in it 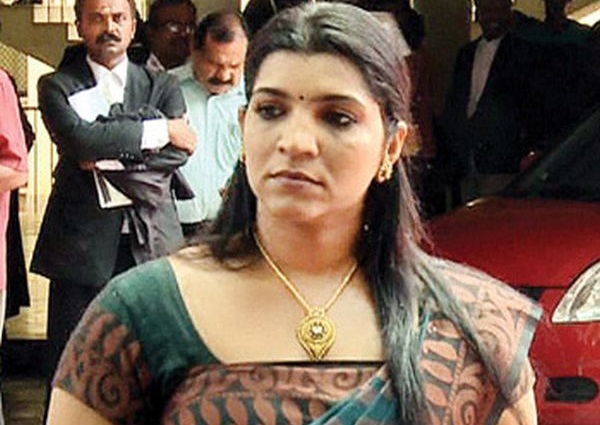 Saritha Nair, an accused in the solar panel scam in Kerala, on Tuesday evening showed the original letter to reporters.

Saritha Nair denied name of Jose K Mani in her letter. She told that the leaked letter is fake and she showed a letter today claiming that actual letter is not 23 page but 30 page and it is in my custody. She also claimed that the hand writing in yesterday’s letter is not hers.

“This is the 30-page letter that I had written while I was in jail. What is currently being shown (in the media) as my letter is fake. In my letter, there is no mention of the name of Jose K. Mani. I will never give out this letter because this is my private property as I do not wish to be a tool in the hands of politicians,” said Saritha S Nair in the press conference.

Here is the Zoomed Version of her press conference

Nair and her live-in partner Biju Radhakrishnan are accused in many cheating cases along with solar case. Solar case has shocked Oommen Chandy government in 2013 as three of his staff members were found to have links with Saritha Nair. Later the three were sacked by Oommen Chandy.

Note: We are not claiming any of the names. Claims are from different channels and news papers.

One thought on “Saritha S Nair’s 30 page letter is out, Major politicians names in it”