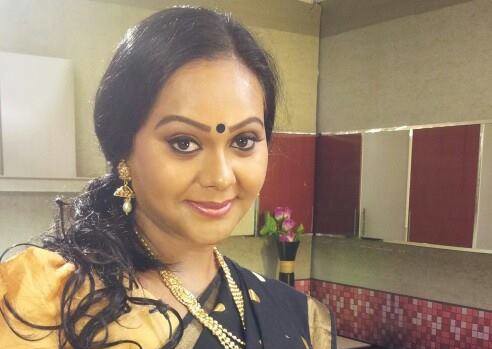 Rekha Ratheesh is a popular Malayalam TV serial actress. Her parents Ratheesh and Radha Devi were artists themselves. Both of her parent passed away. Rekha Ratheesh married as early as eighteen to aman named Yousaf, but sadly the marriage didn’t last long. After she married to Nirmal Prakash, but fate Nirmal passed away in the year 2010. Later she found kamal Roy as her better half, but that didn’t last too. After the break up she married to Abhilash and has a son Ayyan.

Currently the actress is settled with her husband in Thiruvanathapuram. Rekha Ratheesh started her acting career at the age of 16. Her first serial is Nirakkuttukal which was directed by Sreevalsan. Later she appeared in the serial Manasu directed by A M Nasser. She took a break from the Industry for while. She also participated in kairali Nakshathradeepangal.

She rose to fame with her role as mother in law in the serial Parasparam. She Won best actress award in character role for portraying the role of Padmavathi in Parasparam serial in the Asianet Television Award 2014. She is the most powerful and strong character in the serial. Her performance in the serial was much appreciated and made her very popular among malayali audiences. In this serial she portray the character padmavathi,mother of sooraj and Suresh.

Parasparam is the remake of popular Hindi serial Diya Air Baati Hum broadcasted on Star plus. She is a strong headed and commanding lady. She is a traditional lady who wants all the family members to follow her command.