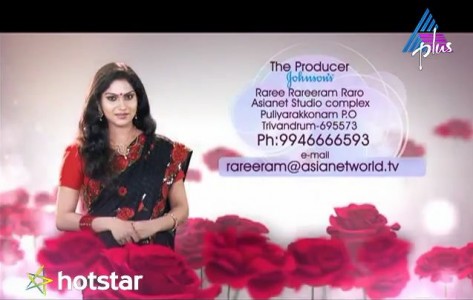 Asianet has announced the second edition of Raree Rareeram Raro and the channel has invited entries from mothers of babies in the age group of three months to 3 year. The show includes various rounds to test the intelligence and attachment between the mother and their kids. Television actress Varadha was promoting the first edition of the show.

Actress Praveena, Dr.Nitha and Dr. Elsi Umman were shared the judging panel. In the first edition of Raree Rareeram, Rohini and Rohandev received the title of perfect mother and kid. The show will start telecasting soon on Asianet plus channel. The show is sponsored by Johnson baby powered by Ramraj shirts and dhotis. The launching date of the show is not yet released, we will update once the dates are announced. For more details about Raree Rareeram Raro season 2 and audition details you can contact through following channels