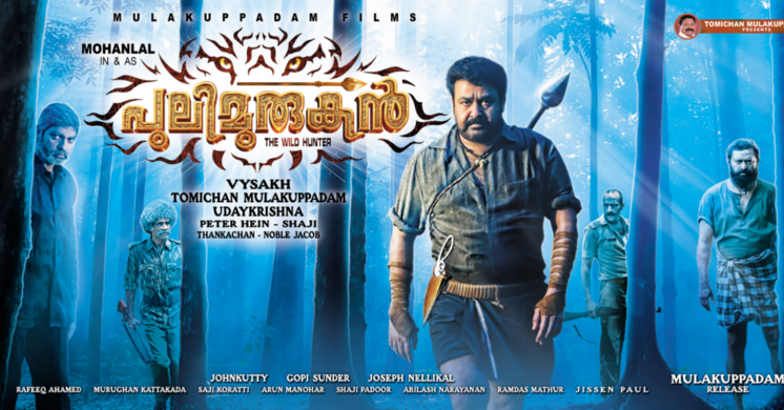 Pulimurugan is a action thriller movie directed by Vysakh and witten by UdayKrishna. Vysakh is a popular directer in malayalam film Industry. His famous movies are Pokkiriraja, Seniors, Mallusing, Soundthoma, Visudhan, Cousins.

Mohanlal and Kamalini Mukharji in the lead roles in Pulimurugan. Kamalini has previously worked with Vysakh in a guest appearance in cousins. Pulimurugan is her first movie with Mohanlal

Pulimurugan is a story of Murugan, Mohanlal act as Murugan. Murugan is an ordinary man. He lives in a village near forest area. His main job is cutting bamboo from the forest and fight with the wild animals. The film has many adventurous action scenes. Mohanlal has action scenes along with the tigers in the Hanoi forest in Vietnam.

Peter Hein is a action choreographer in this movie. His famous other works are Enthiran, Sivaji, Anyyan and I. Lal, Prabhu, Namitha are other actors. Gopi sundar is the music director, Shaji is the Cinematographer. Pulimurugan is produced by Thomichen Mulakupadam under the banner of Mulakupadam Films.