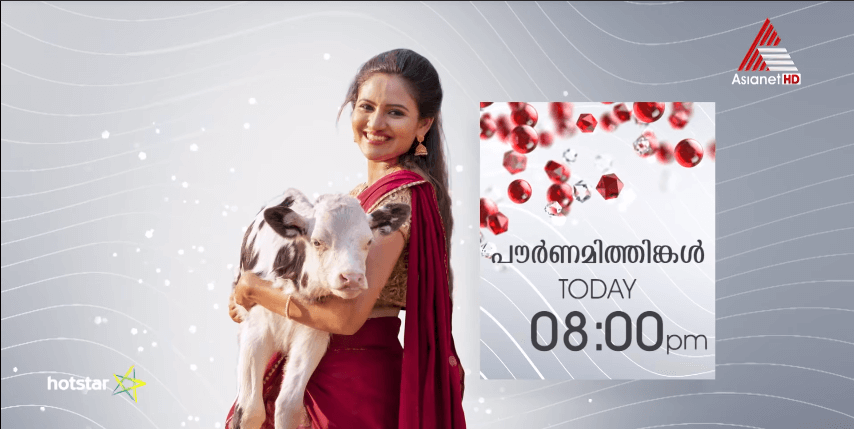 Actor Saikumar is making a comeback to miniscreen after a very long time through this serial. He has been absent from serial for about 14 years. Chitra Shenoy is taking a major role after her successful serial Sthreedhanam. Apart from acting, she is the producer of this serial Pournamithinkal.

Story of Pournamithinkal revolves around an old love story between Rajalakshmi and Raghunandan. They were in love 25 years ago and didnt end up in marriage. Rajalakshmi forced to marry Prathap Shankar, a affluent business man, while Raghunandan married Lalitha. The story starts when Rajalakshmi meets Raghunandan again after a long time. Raghunandan is a cancer patient and he asks Rajalakshmi to takes care of his daughter Pournami.

Rajalakshmi decided to bring Pournami to her house and later decided to get her marry to his son Premjith. The problems starts then on in both Pournami’s and Rajalakshmi’s life.