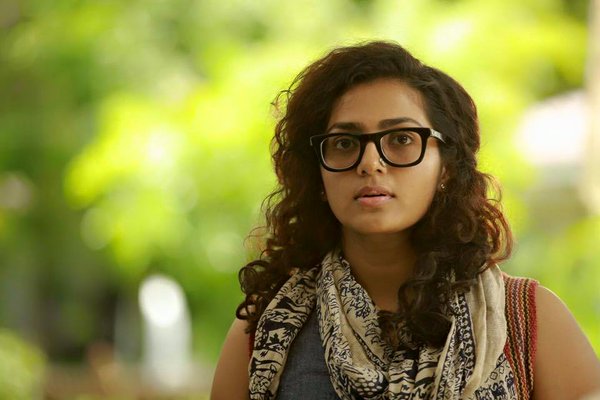 Acterss Parvathy won the Best Actress award in Kerala Film awards 2015. The extra ordinary performances of the films ‘Ennu Ninte Moideen’ and ‘Charlie’ considerd for the award. Parvathy was born in Kozhikode, Kerala. Her parents are Vinod Kumar and Usha Kumari, both of them are advocates. During childhood her family moved to Thiruvananthapuram where she did her schooling.

She was a successful television anchor at Kiran TV. She is a Bharathanaatyam dancer. Her first film in Malayalam was ‘Out of Syllabus’ in 2006. In that film she is in a supporting role as a college student. Roshan Andrews’s film ‘Notebook’ is her second film in which she play a major role along with Roma. ‘Vinodayathra’ in 2007 directed by Satyan Anthikkad she was acted with Dileep and Mukesh.

In Kannada film ‘Milana’ Parvathy first play a leading role alongwith Puneeth Rajkumar. After that film she is back to Malayalam industry in the film ‘Flash’ directed by Sibi Malayil. Tamil film director Sasi’s ‘Poo’ was the first Tamil film of Parvathy in which Srikanth was the hero. This film helps Parvathy to win Filmfare Award for Best Tamil Actress in 2008. and also won the Vijay Award for Best Debut Actress.

Vijayalakshmi Singh’s Kannada film ‘Male Barali Manju Irali’ was the only film of Parvathy in 2009. She dubbed for the role in her own voice. In 2010 Kannada film ‘Prithvi’ along with Puneeth Rajkumar, Parvathy play a remarkable role.

In Kannada romantic film ‘Andhar Bahar’ Parvathy play an important role with Shivrajkumar. That film is based on the relationship between a newly married criminal and his wife.
‘Chennayil Orunaal’, ‘Maryaan’, and ‘Uttama Villain’ are the Tamil films of Parvathy. ‘Bangalore Naatakal’ and ‘Sivaranjiniyum Innum Sila Pengalum’ are the upcoming movies of Parvathy in Tamil.

Malayalam film Anjali Menon’s ‘Banglore Days’ was a biggest hit of Parvathy. In that film she play the role of an RJ, released in 2014. ‘Ennu Ninte Moideen’ is based on a tragic love tale of Kanchanamala and Moideen which happened in 1960s. The film is directed by R.S Vimal, Paravthy’s extraordinary performance alongwith Prithviraj helps her to won the Kerala State Film Awards for Best Actress in 2015. The jury also considerd the movie ‘Charlie’ in which Parvathi performed alongwith Dulquer Salman.