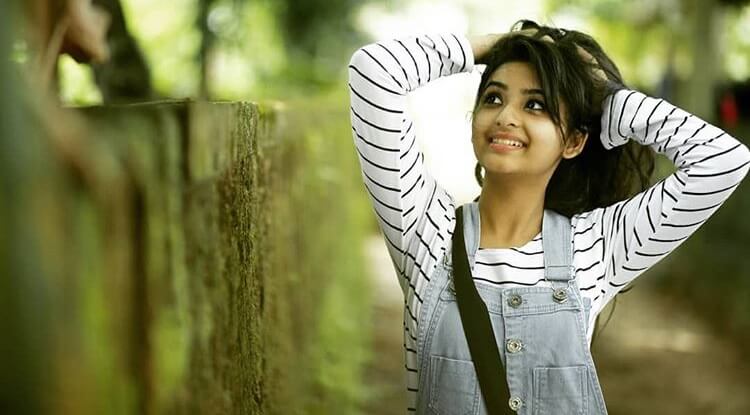 Navani Devanand is born and bought up kerala . She is the daughter of Devanand and Hema Devanand. She hails from calicut. Her father is a Doctor of calicut beach hospital and mother is an Engineer. Her mother is a finalist of Amritha Vanitha Ratnam season 4. Navani says that her mother always accompanies her for everything and even for shootings. Now Navani is the plus one student of Devagiri public school, Calicut.

Navani Devanand in Mikhael as Jeni

Navani latest movie Mikhael her character name is Jennifer (Jenni). Jenni is very bold and smart girl. Nivin Pauly acts as her brother. In this movie she acted very well. Before starting shooting the film team was searching for a Karate girl, but she is a classical dancer she has performed for various school programs from a very young age itself. Her dance teacher is a Kalamandalam Saraswathi teacher. After audition she learned little Karate steps.

Before Mikhael she has acted in two Malayalam movies as a child artist. One is Sathyan Anthikkad’s ‘Sneha veedu’ and other is ‘Vallim thetti pulli thetti’ ( as Shyamili’s childhood).