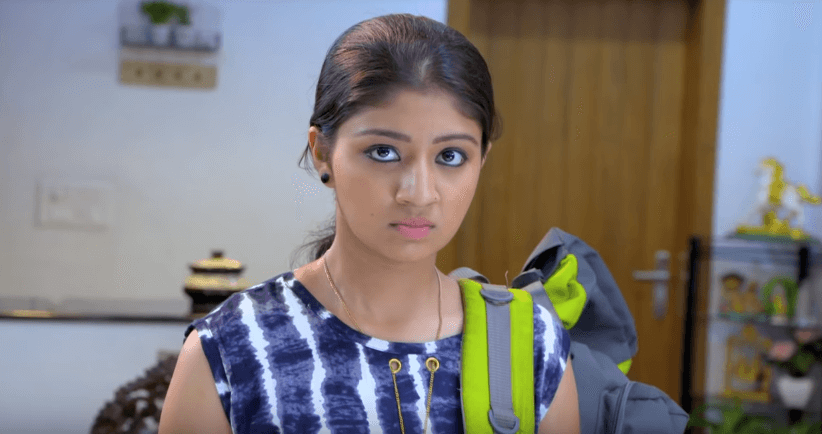 Neetha is the younger daughter of Harilal. She is a college student. He loved Jishin. But Jishin is one of the member of a sex racket. She ramble through with her lover and friends without informing her father. They trapped in the sex racket. Every day Jishin gave a bottle of special juice to Neetha, in that bottle he mixed drugs. She became a drug addict. At last she did a suicide attempt at her home. Story of Bhramanam continues.

Nanadana Anand was able to impress the audience with her outstanding performance in Bhramanam. She acted in another Mazhavil Manorama serial Manjurukum Kalam.

Bhramanam is the superhit serial running successfuly on Mazhavil manorama .The story revolves around Harilal, Anitha and his two daughters Haritha and Neetha. Harilal divorced Anitha 16 years ago due to some misunderstanding. Harilal take care of two daughters. After 16 years Anitha suddenly cameback to Harilal life. Story takes a lot of twists and turns.