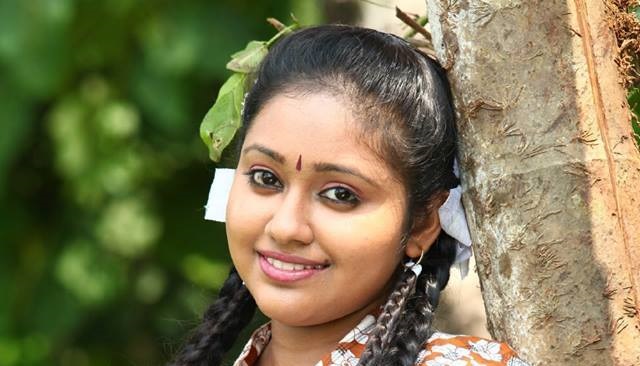 Meghna Vincent is a familiar face to Malayalam and Tamil family audiences. She is able to impress the audiences with her out standing performances in TV screen. Meghna Vincent was trained in classical dance from a young age and has performed for various school programs. Now she is a professional dancer and has done stage programs as well. She won ‘kalathilakam’ in the Kerala school youth festival. Recently she performed one in Asianet Television award 2014. She started her career as a child actor and model.

Meghna has completed her graduation in BCom with computer application. Meghna famous Malayalam serial is Chandanamazha.Chandanamazha is telecasted in asianet and it stands among the top serials by Asianet. It is produced by Sujith Sundar. Meghna plays the central role in this serial. Her character name is Amritha.  Amritha is an orphan girl.She is very loving and Innocent.she is not educated girl. She being a polite girl have no complaints and suffers all these with tears.Chandanamazha is the remake of the Hindi serial Saath Nibhana Saathiya. The character Amritha is becoming very popular in Kerala. This prominent actress did get an award in best actress for her performances in Chandanamazha from Asianet during the Asianet 2014 TV awards. Meghna is also good at music and has good singing talents. Actress Meghna played the same role in Tamil version of the serial DEIVAM THANTHA VEEDU in Vijay TV. She  truly deserves appreciation for her fabulous acting ability. In fact the serial is mainly attracted due to her presence in it.