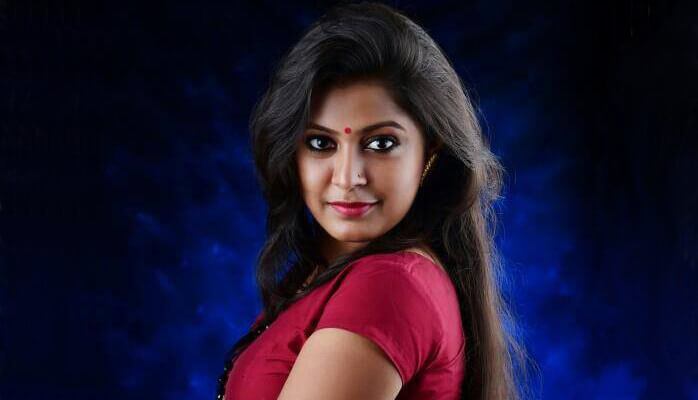 Meera Nair is a film and serial actress. Her latest serial is Four The People teledrama in Asianet. In this serial Meera Nair portrayed the character of Anuradha(Anoop). She is able to impress the audiences with her outstanding performance in this TV serial. She is playing the most important character in the serial. Four The People story revolves around four engineering students three boys and one girl. She is the fourth member of the music band.

Meera nair hails from Trivandrum. She has completed her schooling from Saraswathi Vidhyalaya Trivandrum. She started her acting in a very young age. Meera Nair made her debut as an actress through the movie Chithrakuzhal released on 2010 and It was a Children’s film based on Environmental issues and Protection of the Nature. The movie was selected to the 2011 Lucknow International Children’s film festival .Later she acted in the film Rathinirvedam released on 2011.

Butterflies was her debut serial on Malayalam mini screen and it was aired on Surya TV. Same year She has acted in serial Ithal aired on Amritha TV and in which she portrayed the character Meenakshi. Her performance in this serial opened her the doors of Four The People. Four the people serial directed by Harison and Written by Anil Bass.It produced by Chin Mega Nayak.