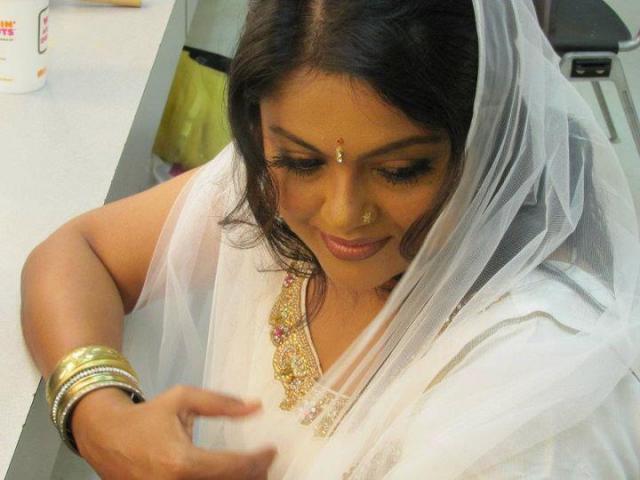 Manju Pillai is a TV Actress and Malayalam film Actress. She easily handles comedy and negative roles. Manju Pillai acted in many TV serials and Malayalam movies. She is the grand daughter of Malayalam film comedian S.P Pillai. She was married to Malayalam cine serial artist Mukundan Menon and later divorced. Later she married cinematographer Sujith Vasudev. They have a daughter Daya Sujith.

Manju Pillai born in 17th November 1975. She stays in Kochi,kerala. Her debut film is Sabari Malayil Thanka Sooryodham released in 1992. Her debut serial is Sathyavum Midhyayum. She won two state awards for the best TV Actress, one is in 2000-2001 other is in 2002-2003

She acted in many Malayalam serials and movies. She is a full time serial artist. Most of her characters are in comedy role. Manju Pillai is also one of the victim of cyber criminals, where her morphed images were spreading in internet for quite some time.