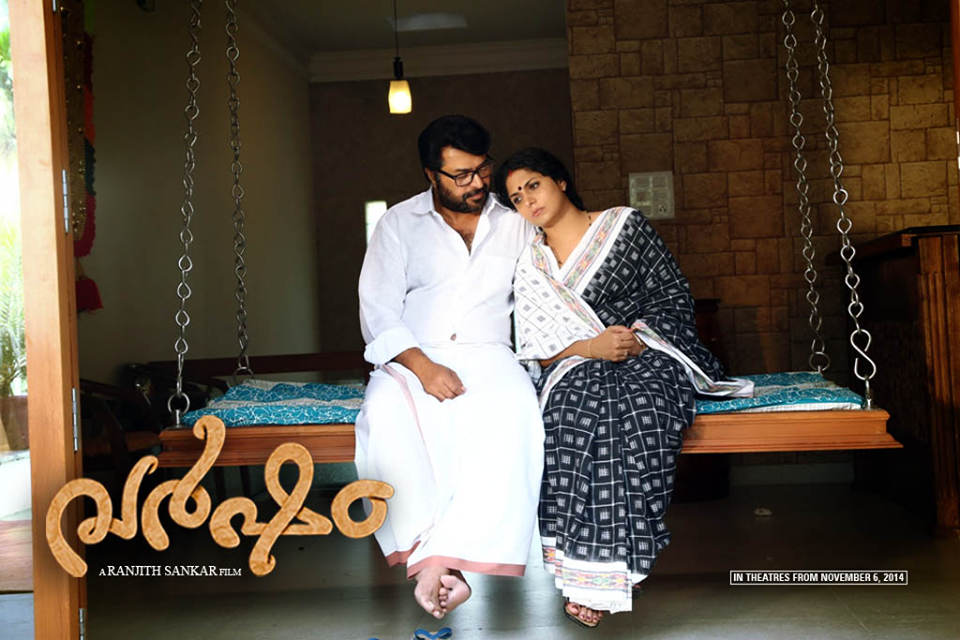 Mamootty’s Movie Varsham to ready to Release on November 6. Mamootty to have Asha Sarath as heroine in Varsham. Film directed by director Ranjith Sankar and produced by Play House. Mamtha Mohandas and Govind Padmasurya also playing prominent roles in this movie.

Satellite Right of Varsham bagged by Surya TV. Surya TV bought many of the recent movies to their list.

Updated after release of the movie

The film is a family drama, without much of twists or turns in the story. It is a change from the usual movies released recently in Malayalam, as promised by the director. Instead, the director takes you through heart-warming moments of emotions. The story of Varsham revolves around Mr Venu ( Mammootty ) who is a businessman, runs a local finance company. He is married to housewife Nandini (Asha Sarath).

Asha Sharath played a challenging role and she executed it well and given a tough competition to Mammootty. Asha Sharath came from Television serial world with a huge success of her serial Kumkumapoovu. Later she acted in a prominent role in Mohanlal’s Megahit Dhrishyam as a police officer. The music director Bijibal doen wonderful job to keep the mood of the movie and lyrics of the songs compliments to the storyline of the movie.

Over all, “Varsham” is a movie worth watching and worth to your money spend.