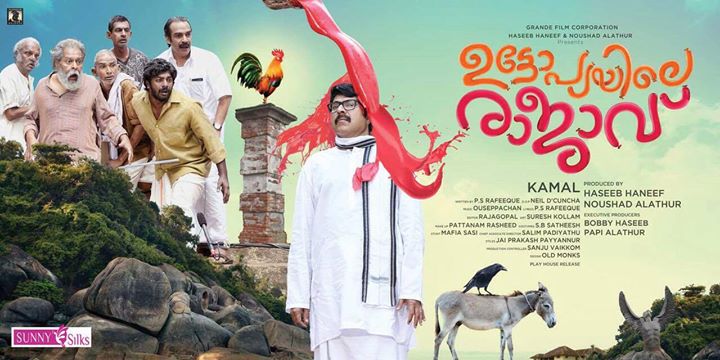 Directer Kamal’s Upcoming film Utopiayile Rajavu is releasing on 27th August 2015. Mammootty is the Hero of this film. Kamal and Mammootty are joining after Karuthapakshikal ,which has won the National Award for best family film of the year. Earlier Kamal and Mammootty have worked together in many memorable projects like Mazhayathumunpe, Azhakiya ravanan, and Rappakal in the past. Jewel Marry will be the female lead in this movie. Mammootty and Jewel Marry have also shared screen space in Salim’s Ahmed’s ‘Pathemaari. Mammootty will be seen as a villager in Utopiayile Rajavu. The film also has Joy Mathew, Sunil Sukhada, Nandhu, Pashanam Shaji in pivotal roles. The script is penned by PS Rafeeq, Ouseppachan will compose the music and Neil D Cunha handles the Cinematography. The movie is Produced by Haseeb Haneef and Noushad Kannur under the banner Grande film corporation.

Satellite rights of Utopiaile Rajavu is bagged by Surya TV