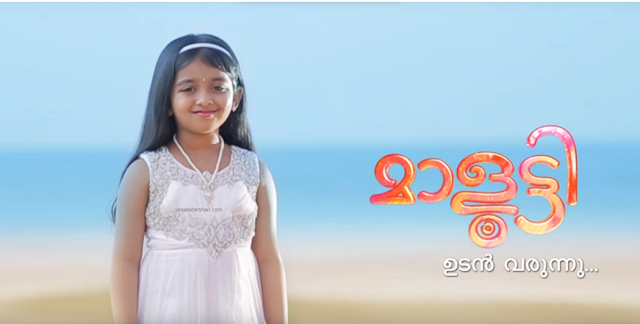 The most awaited Janikutty is coming back to the mini screen as Malootty. Malootty is a new serial coming soon in Mazhavil Manorama channel. It is a child’s story. Malootty Serial is directed by S S Lal. Majurukum kalam Serial fame baby Niranjana is portraying the character of Malootty in this serial.

She is a talented child artist who started her career through TV ads and Majurukum kalam was her first Serial in television. In this serial her character name was Janikutty.

The second stage of Janikutty was done by baby Nirajana. She become very popular among malayali audience.
Majurukum kalam written by Joyce and directed by Binu Vellathooval. Another famous child actress in recent times in serial industry is Baby Akshara Kishore who is famous through her role in Asianet serial Karuthamuthu.