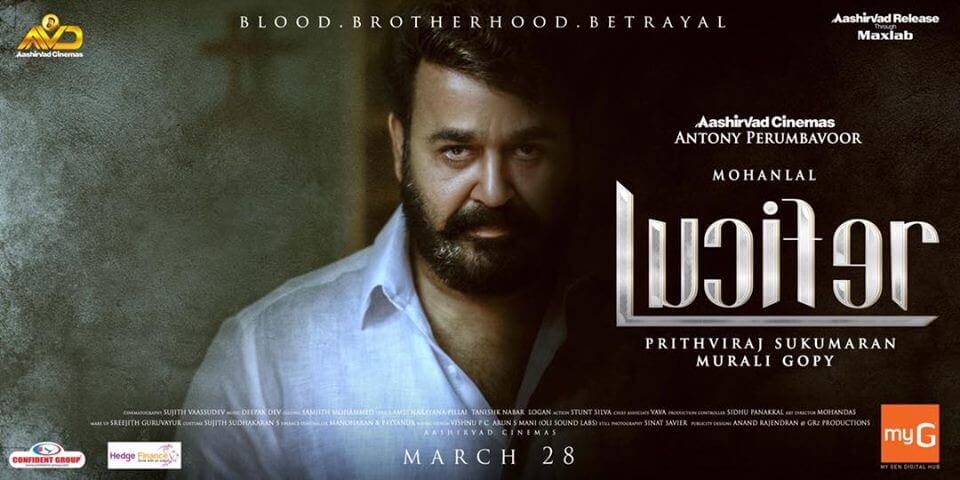 Lucifer is much awaited Malayalam movie debut directorial venture of Prithviraj Sukumaran. With Complete actor Mohanlal in lead role, lot of famous actors are part of this mass movie. The story is written by Murali Gopi. Manju Warrier is the heroine. Bollywood actor Vivek Obreroi is playing an important role in this movie. Trailer of this movie is released on 20th March.

The discussion on this movie is initially started long back around 2012 and planned to be released in 2013. Initially the movie Lucifer planned to be directed by ‘Traffic’ movie fame Rajesh Pillai. Later it got delayed due to various reasons. In 2016 Prithviraj announced that Lucifer will be his directorial debut. The story of the movie is not same but the name kept the same.

The movie Lucifer is ready to release on 28th March of 2019.