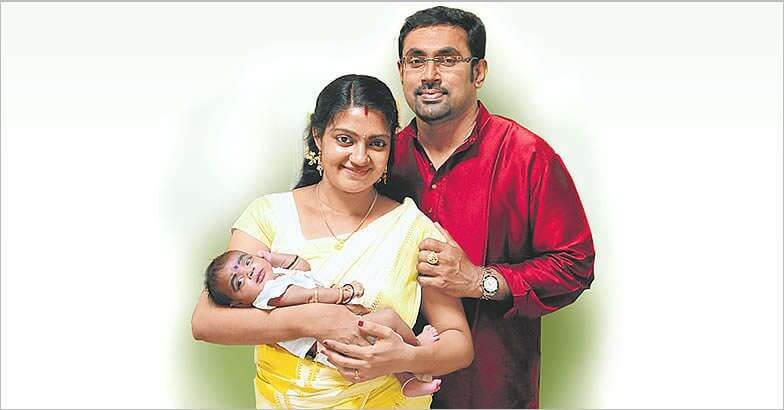 Lavanya was born in Vellanad, Thiruvananthapuram district of Kerala. She has one daughter named Malavika. Lavanya latest project is Bhramanam. She is born in 1988, aged 30 now.

Avakashigal was her first serial, a tele serial based on the play written by popular writer Vaikkom Muhammed Basheer. Lavanya played a prominent role in this serial. After the end of Avakashigal Lavanya acted in Avalude Kadha which was also aired on Surya tv directed by K. K Rajeev,the serial is a continuation of Oru penninte kadha. She co-stars with former miss kerala Indu Thampi.

In 2015 she acted leading character in Manjurukum kaalam.It’s directed by famous directer Joycy. Her character name was Ratnamma, Lavanya is given a negative role and she is doing it excellantly so far. The expressions put forward by Lavanya is amazing and she has this magical power to grab the audience in a short span of time. Ratnamma adoptedp daughter was Janikkutty,In this serial She mistreated the leading character Janikutty a lot.

Lavanya latest project Binuvellathoovals serial Bhramanam, It’s based on the novel of Renowned writer Joyce. In Bhramanam her character Anitha is a home nurse,and she is estranged wife of Mukundan Menon’s character Harilal. He is a bank employee. After a long 16 years anitha came back to Harilal and daughters life for some crucial reason.In this serial she is representing mothers who guide their children on the right path. Her major serials was Avalude kadha,Avakashigal,Oru penninte Kadha,Gandharvayamam,Angadi pattu,Pavakooth,Chandrodayam,Valayam,Manjurukum kalam etc.She has also appeared on Asianet tv popular reality dance show Sundari neeyum Sundaran nhanum.