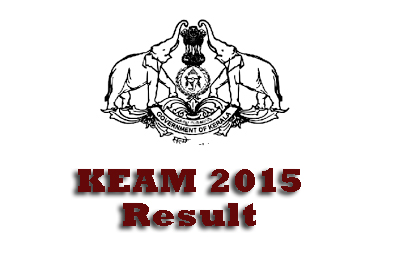 Kerala Engineering Agricultural Medical Entrance Examinations (KEAM) result 2015 will be announced on 20th May 2015. According to latest press release and announcement from The Office of the Commissioner for Entrance Examinations, KEAM 2015 result will be published by Kerala Education Minister Mr. Abdurab on 20th at 12.00PM.

Go to cee.kerala.gov.in and click the link for getting result for Medical and Engineering Exams.