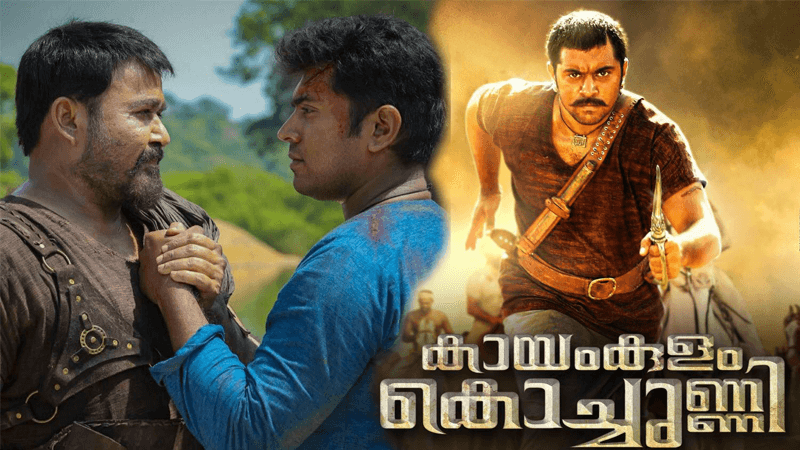 The trailer of Nivin Pauly’s Upcoming movie Kayamkulam Kochunni has been released by superstar Mohanlal on monday. The trailer is released in his official Youtube channel. In that event Nivin said “This is the one of the biggest films in our career”. Its directed by Roshan Andrews and written by Boby & Sanjay. It is based on the life of Kayamkulam Kochunni, a famed thief from a place called Kayamkulam, he used to stole from the rich and gave to the poor during British raj in the early 19th century central Travancore.

In this film Mohanlal makes an extended cameo appearance as robber Ithikkara pakki. In this movie Nivin Pauly appearing in a new look with short hair, moustache. He is also had a knife in his hand and the warrier style costume looks quite impressive.