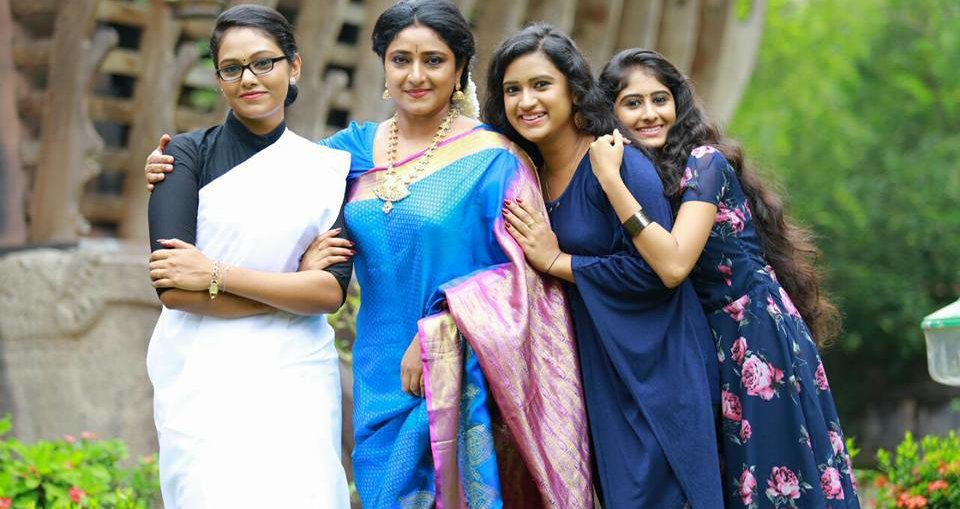 Kasthuriman is the most watched drama on Asianet. It’s a family drama revolves around Sethulakshmi and her three young daughters Kavya, Keerthy and Kalyani. It’s directed by Sunil Karyattukara. The show is the remake of Hindi TV serial Kumkumbagya. Its aired on every Monday to Friday 8.30 pm on Asianet.

Sethulakshmi is the mother of Keerthy, Kavya and Kalyani. She is a widow and she is handling an art school. The famous actress Praveena is making their mother role. Praveena is very known south Indian film and serial actress. In this serial directer is introducing one more family Eswermadam, It consists of Vijayalakshmi, her grandson Jeeva, his step mother Indirabhai, half brother Shiva and half sister Shivani. Jeeva is a film actor, he is very handsome person. Jeeva grand mother is very much attracted to Kavya and insist Jeeva to marry her. Jeeva doesn’t like Kavya.