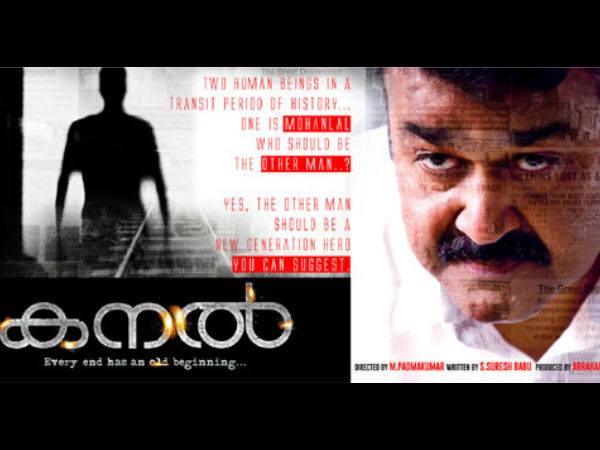 The successful team of’ Shikar, Director Padmakumar, Mohanlal and Suresh Babu, who wrote the story, coming back with movie KANAL. Shikkar was an action thriller released on 2010, starring Mohanlal, Samudrakani, Ananya, Mythili. It was produced by Tetco Rajagopal and written by S. Suresh Babu. Like the early action thriller, audience can expect something new in their new movie Kanal.

Dulquer Salman or Prithiraj will play other important role in this film. Anoop Menon, Honey Rose and Sheelu Abraham playing major roles in Kanal. The story of Kanal, according to Director Padmakumar, revolves around two central characters, who are coming from different phases of life with revenge. The suspense of the story bound in their meeting.

The movie is being come with the tag, ‘every end has an old beginning.’ The shooting of Kanal is now going on in
Ernakulam, Munnar, Mysoor and Dubai.

Complete cast is yet to be finalized.

Satellite right of movie Kanal is not sold yet