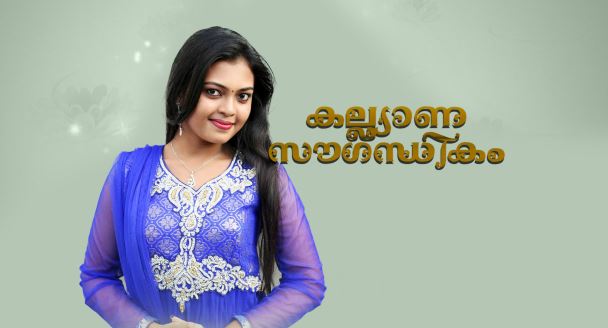 The theme of the story of Kalyana Sougandhikam is about the intimate friendship between two families. Devan and Thambi’s families decide to get their daughters married to each other’s sons. Devan younger daughter Uthara is bold girl. No one in the family like her character. Devan’s elder daughter Sreebala is a chronic epilepsy patient. But this matter is not known to Thambi’s family. Marriage day lot of drama happened. Sreebala got fits on the stage and Thambi’s son did not marry her. Sreebala married to Mohanan the son of a maid. This leads to lots of problems and confusions.

Film actor Mahesh handles major role in this Serial. His character name is Devan. Neethu Thomas act as Sreebala, who has already acted in the serial Manasa Myna in Kairali TV. In this serial her character name was Myna.