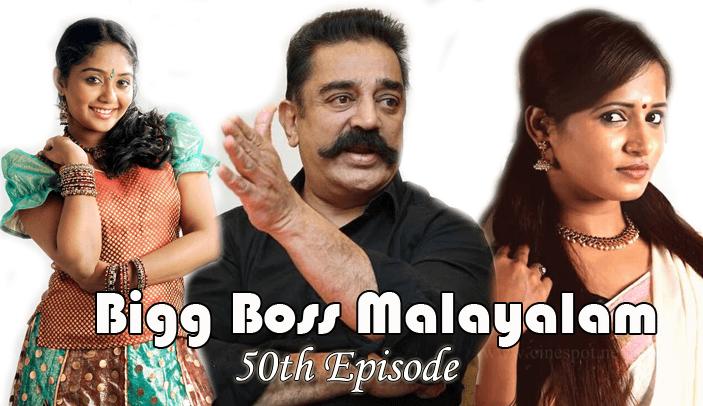 In the latest episode of bigboss malayalam, Ulaganayakan kamal Haasan has visited the Bigg Boss Malayalam floor and he was welcomed by the host Mohanlal. The housemates were surprised to see the unexpected guest and welcomed him with special performances. Kamal was accompanied by actress Pooja Kumar and music directer Mohammed Ghibran of Viswaroopam 2 movie in the special episode. Kamal Haasan reached the show as part of the promotion of this movie.

Aditi’s elimination and call back

In last week mohanlal announced a new contestant Anjali Ameer. She is the first transgender to do a lead role in Indian cinema.

In last week Anjali ameer was quit the show due to health issues. Five of the strong contestants of show Sabu mon, Anoop Chandran, Pearle Maaney, Aditi Rai, Aristo Suresh were facing the elimination in last week. Finally Aditi Rai selected to eliminate. Then the dramatic incident came. Anjali Ameer called Mohanlal and said she have a wish. She strongly requested to Bigg Boss that no one should be eliminated from this show this week.

At last of the show Mohanlal announced the outspoken actress Hima Shankar will make a re -entry on Bigg Boss Malayalam citing public opinion.