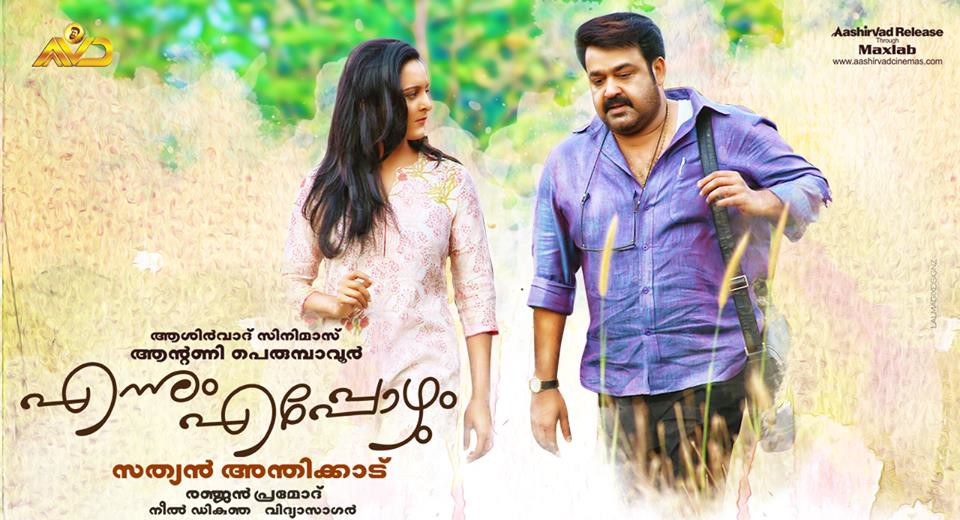 Ennum Eppozhum is directed by Sathyan Anthikkad. Sathyan Anthikkad better known as director of family movies. Story and scripting will be handled by Sathyan anthikkad himself. His last film was Puthiyathirangal along with Nivin Pauly and Namitha pramod. Sathyan Anthikkad and Mohan Lal was last seen together with the movie Senahaveedu. The muvie is produced by Antony perumbavoor under the banner of Ashirwad cinemas. Neil D Cunha wields the camera and Momi is the still photographer. Ranjan pramod has written the screen play and dialogues. The music of the film will be composed by Vidya Sagar. The movie is set to release on March 27th 2015.

Biju Menon,Lena,lnnocent,KpS.C Lalitha and Mamukoya were also seen in supporting role in the film. The dialogue included in the last sequence of the teaser seems to be highly related to Manju’s personal life. The New Anthikkad film has already become the most awaited film of the year. Mohan lal’s previous movies Peruchazhi, Koothara, Mr Fraud, Rasam etc were box office failures and he is also waiting for a hit in his carrier.
Mohan Lal will play a negligent reporter of a leading woman’s Magazine, who lacks commitment to his work. He comes late to office and is lazy. Manju play the role of a socially committed family court Lawyer. She is exactly opposite to him

Sattellite rights of Ennum Eppozhum is not sold yet. We will update once the news is out.