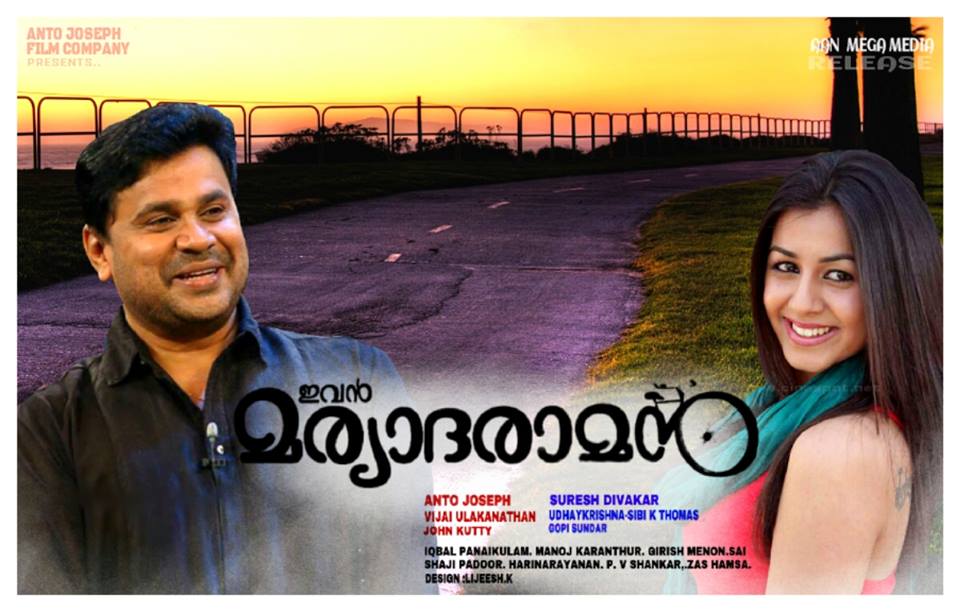 Dileep is all set for a big budget movie named Ivan Maryadharaman. This is the remake of 2010 Telugu blockbuster film Maryada Ramanna. The movie will be directed by debutant Suresh Diwakar. Scripted by the hit pair Uday Krishna and Siby K Thomas. Siby and Uday had already worked with Dileep for many of the fims. Ivan Maryadharaman will be their 20th film with Dileep. The trio has worked together in films like “Kammath & Kammath”, “Mr. Marumakan”, “Mayamohini”, “Kaaryasthan”, “Mayamohini”, “Kochi Rajavu”, “Sringaravelan” etc.

Telugu version was directed by S. S. Rajamouli, who is known for his films like “Eega”, “Magadheera”, “Vikramarkudu”, “Chathrapathi”, “Simhadri” and “Student No:1”.The original telugu movie itself is a remake of 1923 film, Our Hospitality, which is a silent comedy directed by and starring Buster Keaton.

Maryada Ramanna got favourable reviews by critics and turned out to be one of the top grossing telugu movie of 2010. Later Maryada Ramanna has been remade in Kannada as Maryade Ramanna starring Komal Kumar and Nisha Shah. Its Bengali version named Faande Poriya Boga Kaande Re starring Soham Chakraborty and Srabanti Chatterjee. This movie also has been remade in Hindi as Son of Sardaar starring Ajay Devgn and Sonakshi Sinha. It has been remade in Tamil as Vallavanukku Pullum Aayudham starring Santhanam and Ashna Zaveri in the lead roles. And now it is being made in malayalam with janapriya nayakan Dileep and Nikki Galrani in lead role.

Ivan Maryadharaman is a comedy entertainer, will be shot completely in Pollachi, Tamil Nadu. A huge set of worth ₹1 crore is setup in Pollachi, ₹75 lakh worth graphic works in it. Total budget is expected to be over ₹9 crore. This is going to be one of the big budget movie ever made in malayalam film industry.

The film will be produced by Anto Joseph under the banner of Ann Megha Media. The music will be done by Gopi Sundar and the film is expected as a Christmas release. Last year Dileep and Lal Jose came together with their Ezhu Sundhara Rathrikal for Christmas.